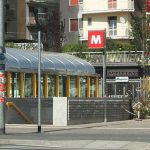 Affori and our Area

The ecologic hotel La Residenza is located in an area of Milano called Affori. Ancient municipality with over 20,000 inhabitants, in 1923 it was absorbed by Milan. By that time, it already had, of which the evident traces are still visibile, affected by the political and cultural events of the proletariat, of the working class and the struggles to conquer the civic administration.

The most ancient living being and symbol of Affori: “the Plant”  (Via P. Rossi, and Via Affori), an ancient horse-chestnut, the only survivor of a boulevard stretching from Villa Litta to Comasina.

Thanks to the subway, since 2012 Affori is connected to downtown Milan via line MM3.

Features of the area:

– the old posteria of the route to Como, where not only the horses can find the deserved rest, with exchange, but also the travelers and coachmen could refresh at the nearby “Osteria Nova”; often also Alessandro Manzoni was guest at the Inn. Via Astesani and Via Vincenzo da Seregno;

– the Watchtower in via Osculati, since 1400 a safeguard for the surrounding country-side: it gives a strange perspective to the sight of those who go along the ancient medieval routes of the town;

– the Church of St. Justine, where it is possible to admire “The Virgin of Rocks”, a painting attributable to Luini, inspired to the masterpiece by Leonardo; inside, it also possible to admire two magnificient altars: the central altar, and one of the side altars, a work by Chierichetti;

– Villa Litta, built in 1687 on behalf of the Marquis Corbella it was the seat, in 1800′s, of an intellectual salon promoted by Earl Trivulzio and attended, as well as by Manzoni, also by painter Hayez, with his pupil Giuseppe Molteni and by Earl Silva, great culturist of the “Italian-style gardens”. Given, at the beginning of 900′s to the District of Milan, it is now property of the Municiplality, which made here the seat of the local library, and town centre. Cycle routes and children areas in the park: the Villa Litta Park rises near V.le Affori, stretched on a 70,000 sq.m, area, at the beginning conceived with Italian style, it was later modified according to the English taste, privileging the green areas and flower beds. The vegetation: robinia, mulberries, maples, poplars, cherries, beeches, plane-trees;

– the Cascina dei Prati, the most beautiful testimony of the times when Affori was famous for its water meadows supplied by clear springs at constant and mild temperature along the year. Its waters, rich of shrimps and frogs, were the attractions for queues of boys,glad of dubbling at Summers, without prohibitions nor dangers. (Via Assietta);

– The North Milan Park, a wide metropolitan park of approximately 640 hectares, with over 20 Km of cycle routes and cyclo-pedestrian paths Cinisello and Bresso, a life path, a velodrome, children areas and bowling greens. Realised immediately after the war, on neglected areas of Breda Aeronautics, among high trees, shrubs and ornamental plants, the North Park has an estimated amount of over 100 different tree species. Walking along the far paths, it is possible to meet some of the animals living in the park, among which: rabbits, turtles, ducks (also the mallard), owls, little owls and foxes, woodpeckers, moorthens, redbreasts, blue tits, dragonflies. Relevant buildings of historic and artistic interest: Villa Torretta of Sesto S.Giovanni, the complex of Villa Manzoni and related park in Cormano.

Renowned for Affori history and prestige is the Banda D’Affori, Musical Body Gaetano Donizetti. Far back in 1853 a small group with passion for popular music, gathere to found a Body Band designated as “Philarmonic Society”. In 1945 the musician-composer Ravasini wrote the famous song “Tamburo della Banda d’Affori”, which became popular worldwide: so, the name “Banda d’Affori” was added to the group. The Band has taken and continues to take part to several important musical performances, both in Italy and abroad. With Municipal Resolution dated 7-12-1973 by the Municipal Council of Milan, the Banda was awarded with the honours of “Commendable of Milan”.